Time for some punk rock out of Vancouver!

I was off this time to Pat’s Pubhouse and took in one of Vancouver’s  raunchiest bands called Daddy Issues!

This is a five piece band of heavily experienced stage perfomers from some of the most popular punk bands to come out of Vancouver . Lets start with Randy Bowman on drums who was in the Subhumans as well as The Enigmas.  Bass Guitarist  Rich Katynski who is also in many bands such as Legion of Goons, Dayglo Abortions and currently also with Angry Old Band.   Guitarist Matt Fiorito who also plays in a handful of bands as well, and two most notably currently being Dayglo Abortions and Angry Old Band.   No shortage of star power yet as veteran punk,  Murray Acton, ‘Cretin’ (lead singer of Dayglo Abortions) also plays on the other side of the stage on guitar.

Next to this punk quagmire you add lead vocalist Bloody Betty. 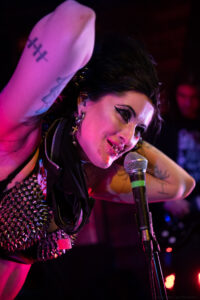 Betty has performed on stage for many years in Burlesque, Gorelesque and as a vocalist for an assortment of local bands.   However, its Daddy issues that is her lead band we see tonight and I am not disappointed as just about every show she comes up with some sort of insane fashion statement.  She also incorporates some practical FX (Graffenstyne Designs) that look so real that some have complained to management! This in turn brings a gaggle of photographers to just about every show she does as you know you are going to get something over the top from her.   If you want an idea of what Betty is like as a performer, think Wendy O Williams of the Plasmatics or GG Allin with a dash of The Cramps. 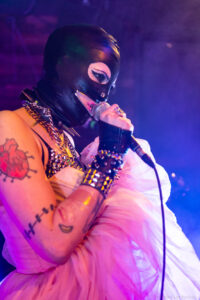 For starters the band is awaiting her on onstage while then we hear a whistle blow and up she walks to the stage dressed in a pink prom dress with a bondage style zipper mask on her head with some wacky rose colored sunglasses.   Walking like zombie, gets to the microphone and starts foaming at the mouth, spitting it out all over the audience.   The band kicks into the first song called Bad Bad Girl, as if her appearance did say that already!  A really catchy tune that gets the audience hopping.   They move through a few more originals with “Blood” part 1 & 2 as well as “Daddys Dead” and are not afraid to slow it down with “Born Bad” (Juliette Lewis Cover).  Betty’s shows almost always stretch the limits of decency, making the most of the stage and taunting the audience to their glee.    The band is solid in their playing too, make no mistake about it, with these pro punkers involved. 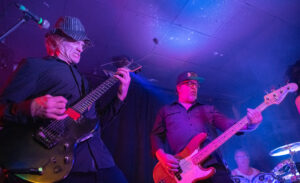 After a few others like the L7 cover “Shitlist”, they hit another original with “Smoke Meth, Hail Satan”.  Betty lights up a crack pipe, and appears to smoke something (we don’t know what) and flashes the devil horns while still in that zipper mask.   Near the end of the night, she had enough of the mask and ends it with another original song called “You Never Love Me”.

Currently Daddy issues plays in the Vancouver area but are considering a tour in 2019 with a possible EP in the future.   I for one would love to see an EP, as the songs are real hooky brain penetrators.    If you are in Vancouver, look for this up and coming band and be prepared to be highly entertained with some real punk! 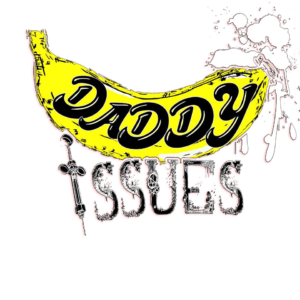 Photos of Killswitch Engage on OCT 8 2022 at Doug Mitchell Thunderbird Sports Centre in Vancouver supporting the Lamb of God tour.

We have been anticipating this show for some time now in Vancouver, as the kings of Death Metal – Cannibal Corpse are ready to hammer smash……..ears! The place is packed to almost capacity for this one as Read More…

Avatar come back again with Devin Townsend to Vancouver to HEADLINE a show at the Commodore Ballroom presented by Live Nation. If you recall last year’s review,  I was hoping we would see them here in Read More…